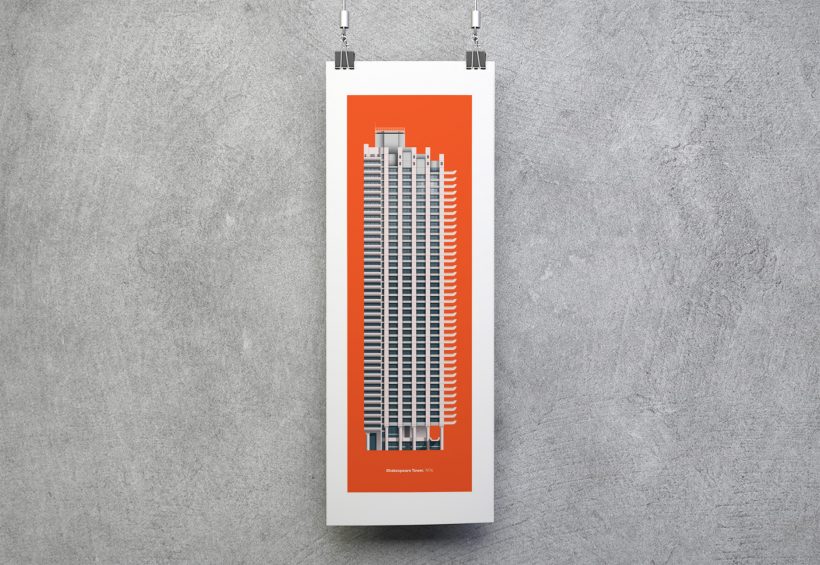 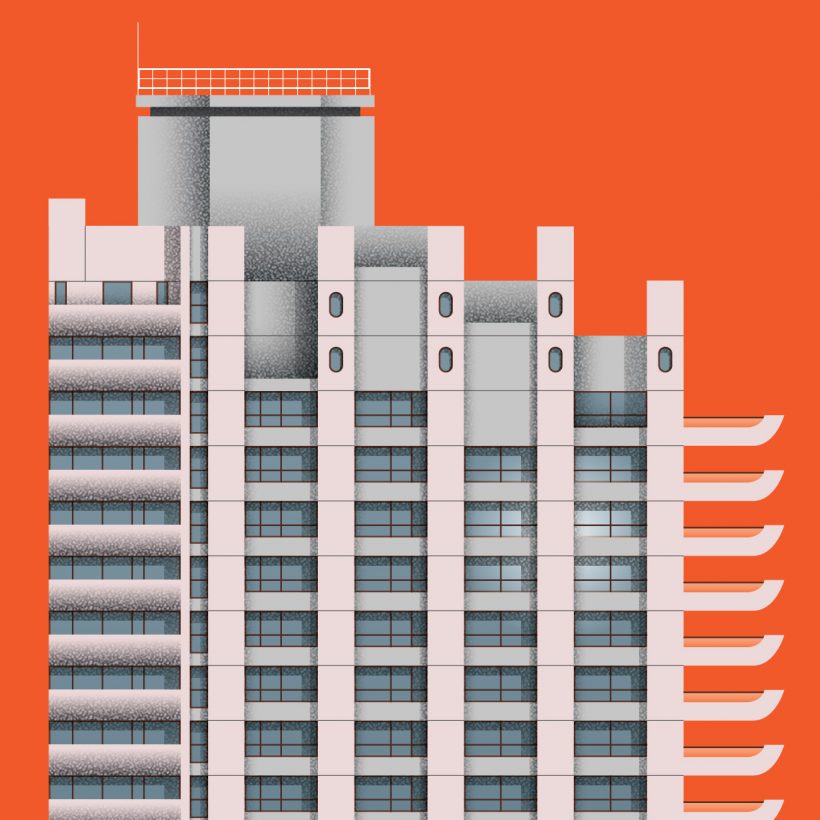 The Barbican is one of the most impressive and successful post-war developments in the world. The competition for its
design was won by Chamberlin, Powell and Bon who had just finished Golden Lane Estate on the neighbouring site. It was
clear from the very start that this was not social housing, but a place for the middle and higher classes – reflected in its construction budget and resulting rents. The City was practically empty after the war and the estate was intent on luring people back. Architects designed a vast, car-free complex dominated by three high-rises, including Shakespeare Tower .
The trio became the tallest residential buildings in Europe. The massive scale of the Barbican complex, alongside numerous
builders’ strikes and design tweaks, meant that construction took decades. Barbican Centre, one of the last parts to be
completed, opened in 1982.